Eccleston: St Mary the Virgin
Events
Safeguarding
Who we are
Faith and Worship
Community
Life Events
Contact Us
Floodlighting

A Statement about the Eccleston War Memorial

A Statement about the Eccleston War Memorial 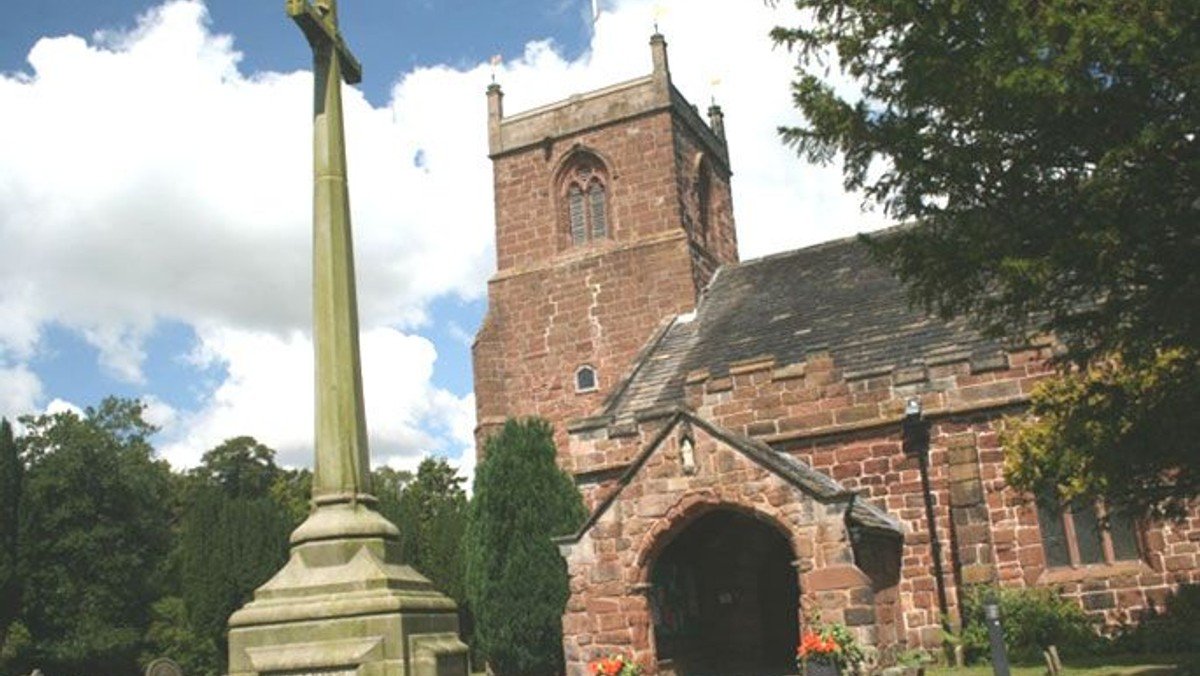 Today, following press interest in the discussions of Eccleston Parish Council regarding the location of war memorial, the parish and diocese have issued the following statements to the Lancashire Evening Post and the Chorley Guardian.

“The church is, and always has been, at the heart of the Eccleston community and we work together with other denominations to ensure this.

“For example, the local Methodist Church Minister will speak at the Civic Service planned for Remembrance Sunday this year while the local Roman Catholic church has contributed to the new ‘There, But Not There’ silhouettes – an art installation now at St Mary’s in advance of the 100th anniversary of the end of WW1 later this year.

“It has been the privilege of St Mary’s to be the custodian of the memorial for nearly a century, after the decision was taken in 1922 to site it at the church by the people of Eccleston who raised funds for the memorial by public subscription.

“Two debates at the local parish council have now concluded with a view that there should be no change to the current location; so the community has expressed a clear opinion and their view has been considered.

“I hope people on both sides of the debate can now move on; we have so many more current issues within our community that require attention with a concerted and unified approach.”

“On both occasions they discussed the matter they were not minded to support the idea.

"Notwithstanding these discussions, the memorial is sited in the churchyard and ultimately any decision about its future rests with the church, in conjunction with the Diocese, not the parish council.

"St Mary's PCC (the church’s ruling body) also followed appropriate Diocesan procedure to get a view from the Diocesan Advisory Committee (DAC) - the body which advises the Diocesan Registrar about proposed changes to churches and their environs.

"The DAC meeting in March 2018 considered the suggestion and agreed Eccleston War Memorial should remain in the churchyard.

"St Mary's is a fitting location and one that I would be very hesitant to consider changing, especially in light of the wishes of those who erected the memorial in 1922.

“Remember too that a churchyard is also a place of hope and comfort for those who grieve; reminding us that there is hope of life beyond death through the resurrection of Jesus Christ.”

Sandra Forde
Wednesday, 12 September 2018 11:41
The War Memorial is in an ideal setting now, I can see no reason for it to be moved and agree with all the reasons given in previous comments as to why it shouldn't be moved to The Green.
Debra Jones
Thursday, 6 September 2018 19:10
When a Christmas tree is placed on The Green , it is vandalized ; I doubt the youths responsible would have any reservations about doing the same to the War Memorial.
Alma Calf
Tuesday, 4 September 2018 20:58
The War Memorial is part of the ambience of the churchyard and is a landmark of the grounds. The ideal place for the War Memorial is in the grounds of the church, being the oldest part of the village.
Anne Jones
Saturday, 1 September 2018 10:32
Having read all the above comments, there is nothing more that I can add, other than I agree with everything that is being said. In other words there is no need whatsoever to disturb this memorial to the war dead. LEAVE IT IN IT'S TRANQUIL PLACE.
Eric James Smith
Friday, 31 August 2018 13:37
It has been there for nearly 100 years with no problem . I say leave it where it is and where it belongs in the picturesque setting next to the church.. What logical reasons can there be to move it, in my opinion , Non.
Christine Smith
Friday, 31 August 2018 12:31
The War Memorial should stay where it is in the church yard. It is in a quiet and tranquil setting, the perfect place for each and everyone of us to remember those who lost their lives for us.
Alun Jones
Friday, 31 August 2018 12:21
After all these years, it saddens me that some people are now causing discord in the village by proposing to move the War Memorial to a more undesirable location at the side of a busy road. How can a service of remembrance take place with all the disruption of noisy traffic? Where are people, especially the old and disabled to park their cars?
Let us respect the decision taken by those who lost their loved ones during the Great War by not disturbing the memorial - a place of tranquillity where people can still take on board the sacrifices of these brave servicemen during both World Wars.
Laura Dixon
Tuesday, 28 August 2018 17:40
The war memorial has stood for nearly 100 years as a reminder of the men who lost their lives for us. I have lived in Eccleston for most of my life and have always known where the memorial is due to attending Remembrance services throughout the years. The churchyard is a reflective sanctuary, the perfect place to remember those who died. I would not like to see it moved. You are able to visit the memorial at any time in a peaceful environment, just as it should be.
Jean Cheetham
Saturday, 25 August 2018 22:58
I agree with all the above comments that the War Memorial should stay where it was originally placed
R Monks
Wednesday, 22 August 2018 21:21
I have heard the reasons put forward for relocating the War Memorial. I fully agree with the responses that it should remain in its current position, where it is treated with dignity and respect . Leave it in peace.
Clive Fifoot
Wednesday, 22 August 2018 15:02
On Remembrance Sundays, the Church is full. How can a congregation that size be accommodated on the Millennium Green? Also, with the trees on the site, the memorial will soon be covered with moss, bird droppings, etc. Who will look after it? I believe that the £6000 estimated removal cost would be better spent on a smaller memorial on the Millennium Green.
Doreen Fifoot
Wednesday, 22 August 2018 14:58
The War Memorial has been there for nearly 100 years. It would be upsetting if it was moved away from the peace and quiet of the Churchyard.
Anne Worthington
Wednesday, 22 August 2018 11:50
I agree with all the comments and the reasons given and I am appalled that some people in Eccleston should wish to go against a decision made all those years ago just because they didn't know there was a War Memorial in Eccleston. They only need to ask. The Memorial should remain in its current position where anyone can visit and reflect on the sacrifice made by all those named on the memorial many years ago, and be thankful for our freedom today.
Sandra Lea
Tuesday, 21 August 2018 16:50
The war memorial should remain in the churchyard, Where it has been since the decision was made in 1922.
So the brave men who fought in the war can be remembered in a tranquil place.
Caroline Kennerley
Tuesday, 21 August 2018 10:37
The present location of the memorial is perfect for people wanting to visit and seek a bit of peace and tranquillity. I see no benifit of moving it to a busy main road in an inconvenient spot.
Leave it where it is!
Liz Green
Monday, 20 August 2018 22:44
The memorial is situated in a beautiful , tranquil place, put there by the choice of the people of Eccleston, and there it should stay.
Louise McP
Monday, 20 August 2018 22:14
The war memorial should stay where it has been for the last nearly 100 years. It is a symbol of the sacrifice that men from Eccleston gave in the two world wars. It is located in a place of peace and should continue to stay where it is.
Barry. Fisher
Monday, 20 August 2018 19:59
I agree with all the comments made and support that the memorial stays in the churchyard and not be moved
Peter Mayor
Monday, 20 August 2018 17:38
I think the War Memorial should remain in the parish churchyard. This was the decision made in 1922 when close relatives of those fallen young men where obviously in agreement and I do not think that it is right for those with no or only a slight connection now to try to change this.

If it is considered necessary to make some mark of recognition to the fallen at the other end of the village then why not purchase one or more of the British 'Tommy' silhouettes part of the 'Here but not Here' campaign. This would be a cheaper and far less risky than moving an almost hundred year old monument.
Pam Ascroft
Sunday, 19 August 2018 23:32
As others have said, we should respect the wishes of the people who funded the memorial to recognise the sacrifice made by their family and friends; it would be disrespectful in the extreme to the memory of all those who suffered such loss, to relocate the memorial from the site it has always occupied in the churchyard, to the spot where even the village Christmas tree and lights often do not survive more than a few days without being vandalised.
It is particularly ironic and sad that a memorial dedicated to the memory of those who gave their lives so that we can live in peace should become a focus for conflict and disagreement.